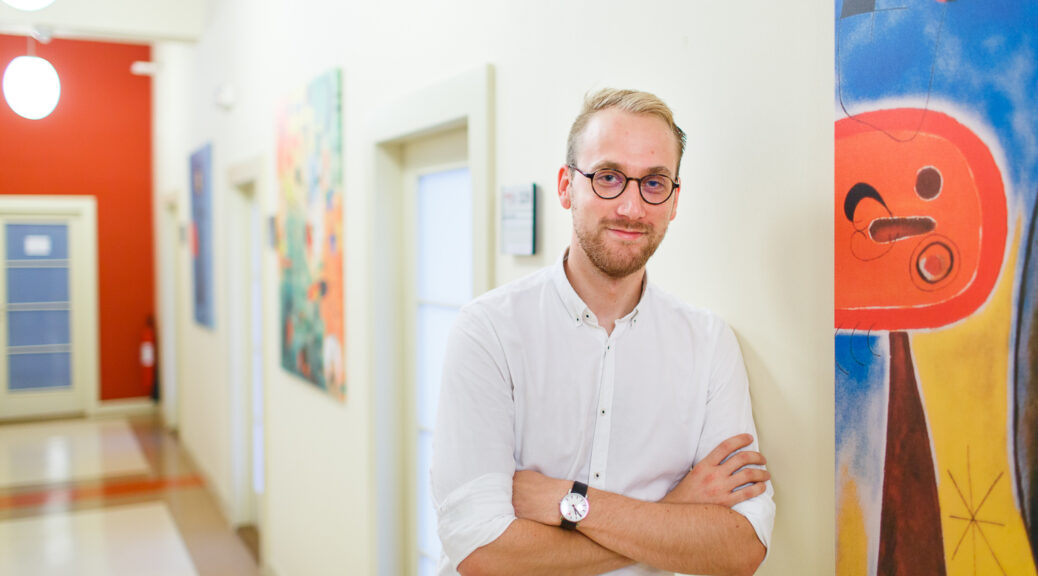 Our PhD student Vladimír Novák co-authored an article that was listed among the 10th most downloaded from the Journal of Economic Theory,  one of the core nine journals in all of economics.  In the article, “A note on optimal experimentation under risk aversion,” Vlado and his colleagues analyzed the willingness of specific decision maker to take a risky action and came up with rather surprising conclusion.

Could you please briefly sum up what the article is about? What do you focus on and why? What have you found out?

We study how a rational, risk-averse decision maker solves the two-armed bandit problem of having to choose between a safe alternative that yields a known reward, and a risky one that generates an unknown payoff.

At first sight, it seems intuitive that decision makers who are more risk averse will be less willing to take the risky action. Indeed, an earlier paper (Chancelier et al., 2009) arrives at such a conclusion.

However, we show that there exists a previously overlooked part of the parameter space where this result is overturned and thus – counterintuitively – that a more risk-averse decision maker might be more willing to take risky actions.

This finding gives reason for caution when inferring risk preferences from observed actions: in a bandit setup, which arises in marketing, labor market setup and many others, observing a greater appetite for risky actions can actually be indicative of more risk aversion, not less.

How long have you been working on this particular article? Is the topic of the paper your long-term research agenda? Why so?

I joined the project in the fall of 2016, and the paper was published in January 2019. I worked in the past on multi-armed bandits problems, and, with Urtzi Ayesta and Peter Jacko, co-wrote a paper that was published in the Journal of Scheduling in 2017. During my PhD studies, I was thinking about how to utilise my bandit’s knowledge in economics, and mentioned this to my supervisor Filip Matějka. Consequently, he put me in contact with Tim Willems and that resulted in the paper we are discussing.

Your article is among the most downloaded from the Journal of Ecomic Theory – how do you explain this to yourself?

First of all, I was extremely lucky to have the possibility to co-author with such great researchers as Godfrey Keller, whose paper from 2005 (together with Sven Rady and Martin Cripps) is one of the seminal papers in the literature of strategic experimentation, and Tim Willems, who for instance, together with Shaun Larcom and Ferdinand Rauch published a beautiful paper in which they present striking evidence from the London underground network of the benefits of forced experimentation. I hope I have also helped with the promotion of the paper through presentations at various economic and interdisciplinary conferences.

However, I would like to emphasize that even though being among the most downloaded papers in the last 90 days in the JET is a promising signal, what is crucial is whether other researchers will build upon our result and hopefully use it for improvement in real-world applications.