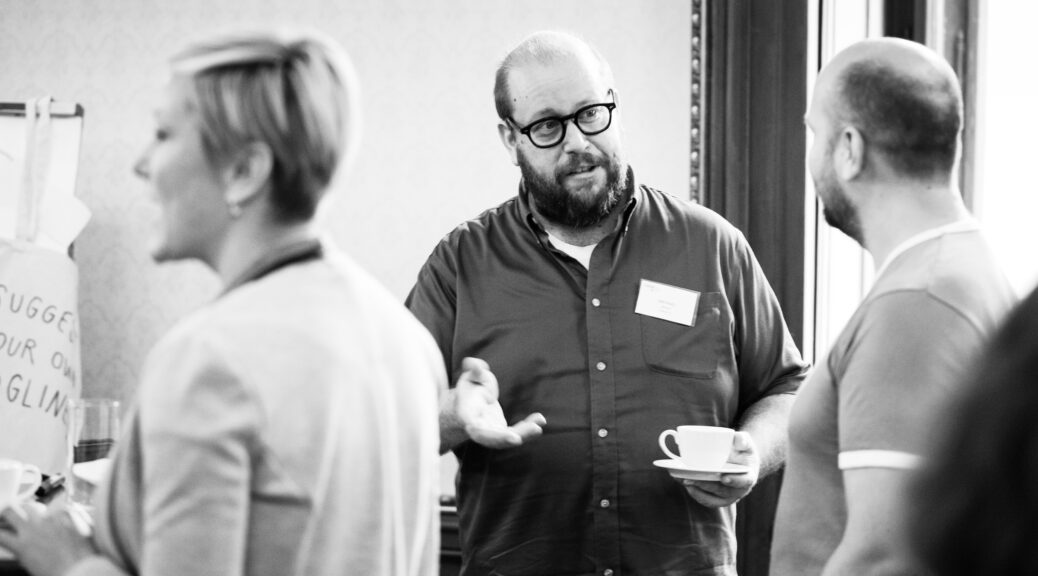 Michael Jetton has been working in various positions at CERGE-EI since 1993. He served as Head of Alumni Office for several years. What were almost three decades of CERGE-EI like and how does he see our alumni community? We talked about this and much more in our Blog Interview.

You’ve been living in Prague since 1993. What brought you here? Did you originally plan on living here?

I finished my undergraduate degree in American government and politics at George Mason University (near Washington DC) in the summer of 1992. I had an internship at the Democratic Party HQ during my last year and I was working with the assumption that I would try to turn that experience into a job on Capitol Hill in DC. Right after graduating, I spent a month traveling around Europe by train. During that trip, I visited a friend who had moved to Prague a few months earlier. As a result of having that personal contact here, when I passed through Prague, it really stood out as a highlight of that trip. One year later, I decided to come back and see what it was like living abroad. I initially thought I’d give it a shot for a year and ended up never leaving.

You’ve been involved in CERGE-EI since 1993. What was it like back then?

CERGE and EI had just formed their joint workplace agreement in 1993 before I started working here. As a result of that agreement, CERGE moved from what is now the Hotel Olšanka to our current building. There were only a few cohorts of students then, so I got to know pretty much everyone to some degree after a few weeks and a beer party or two. Prague was of course a very different city back then but everyone was happy to be here!

Since you have worked at CERGE-EI for almost three decades, you must have a dozen of interesting stories. Can you share some with us?

“Three decades” sounds like something from a history book! One story that I remember has to do with the background profiles of our first few cohorts. Those students didn’t really have much of an economics background – most students had either a PhD or a Candidate of Science from the pre-transition times in technical fields like mathematics, cybernetic engineering or physics. We had a large number of visiting professors in those first years coming to teach for a semester or academic year.

It was interesting seeing how these visitors’ expectations were challenged and shaped during the time that they spent in Prague. The topic of comparing students at CERGE-EI and their home institutions would sometimes come up in conversation. In those early years, some told me that while the students here lacked a “pre-loaded” sense of economic intuition, our students’ technical skills were much stronger compared to their students back at home.

I recall one story in particular where a visiting professor told me that he had made a glaring mathematical error on the blackboard and didn’t notice it until he heard a bunch of students giggling about it.

Another story from 1993 – there was just one room on the 3rd floor (the one next to the small staircase) that had a pair of computers connected to the internet. I remember one older staff member asking me why all of the foreigners were always going in that room. I explained that we were using email, and that we were communicating with our families abroad since international phone calls were so expensive (and unreliable). I had the hardest time explaining what email was to her, but to be fair, I also had a hard time explaining what it was to my parents in the US.

Who do you remember the most from CERGE-EI in the past?

I suppose the easiest way to answer that would be to mention some people who I met in those early days who are still working at CERGE-EI. Krešo Žigić, Daniel Münich, Marie Bohatá, Michal Kejak, Lucie Vasiljevová, Martin Poštulka, Jan Hanousek and Jan Švejnar are all people I met in my first weeks and months at CERGE-EI and I see them in the hallways to this day. Pretty soon it will be 30 years from when I met them all so it’s very much like a family with multiple generations. And of course there are countless people who have made a mark on me who have graduated, moved, retired, and, sadly, passed away.

What are the most interesting projects you have worked on?

My first job was working for Jan Švejnar in the main secretariat, which was then on the 2nd floor. I have had several different positions during my time at CERGE-EI, although all were deeply connected to the core academic mission.

For the past 13 years I have worked with the Teaching Fellows program, which has introduced me to an enormous number of talented people teaching all throughout the region, many of them current CERGE-EI students as well as our alumni and other external participants.

In the US, and increasingly in Europe, alumni play an important role in the long-term development of universities. Based on our size and academic discipline, CERGE-EI more closely resembles a stand-along department than a large university with different fields of study. So the number of our alumni is very small in comparison to US universities’ alumni programs.

That had advantages (familiarity, close networks) and disadvantages (scale). Alumni are a university’s best quality indicators, and they are also our ambassadors who move around professional networks globally. Alumni also benefit from our continued development as a more mature institution. I always thought of alumni status as being a kind of “post-student” status – the relationship is still very important, it’s just that the day to day aspects of that relationship shift a bit.

How do you think the alumni community has developed in the past years?

I’m not at all surprised at how many success stories we have had among the alumni. Being admitted to CERGE-EI and getting through the first two years is a significant accomplishment, and finishing a degree here is a testament to our alumni’s talent and intellect. As a young institution, the value of a CERGE-EI degree in 2021 is largely determined by the alumni who have gone out into the world before. I think graduating students from CERGE-EI have an easier time finding meaningful positions because of all of the talented alumni who have come before them and helped establish CERGE-EI as a strong academic program globally.

This year, CERGE-EI celebrates its 30th In your opinion, what is the strongest message of CERGE-EI?

Most of the top graduate schools in the world have reputations which were formed over many decades or centuries. CERGE-EI is by comparison a very young institution, and it is difficult to emerge on the world stage in a short amount of time. That being said, the research profiles achieved by our faculty and researchers and the accomplishments of our alumni since our first PhD graduate in 1995 are a tremendous achievement. Reputations take time and effort to develop and are even harder to maintain, but I’m confident that the future is bright for CERGE-EI and for the region where we work more broadly.

One thought on “People of CERGE-EI: For me, CERGE-EI is very much like a family with multiple generations, says Michael Jetton”