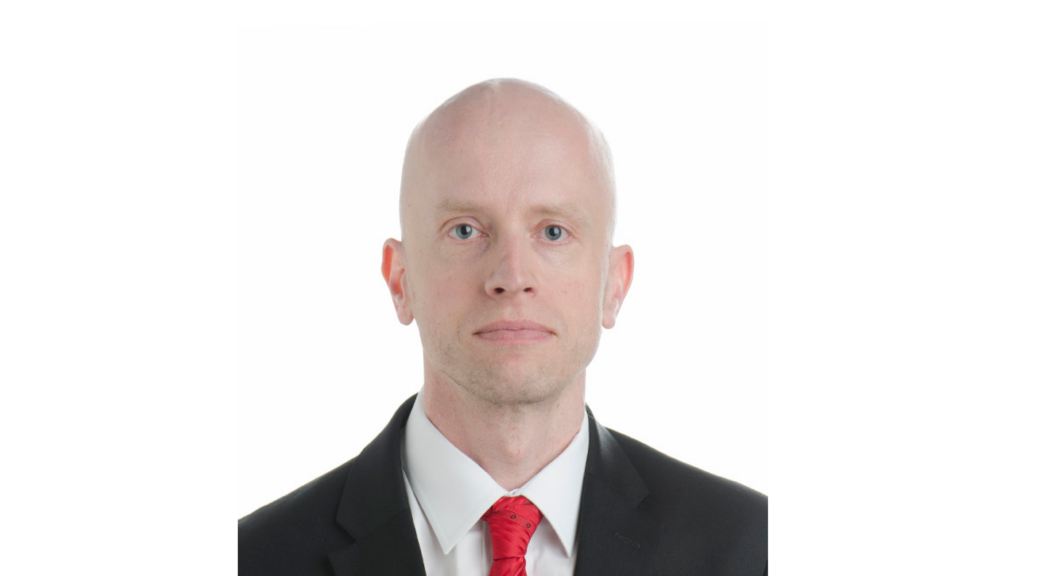 Martin Čihák, one of CERGE-EI’s early PhD graduates, recollected his student memories with us and the impact the studies at CERGE-EI had on furthering his career. Having worked for the International Monetary Fund in multiple areas for about two decades, Martin is currently involved in overseeing IMF operations in several countries. How has the IMF responded to the COVID-19 crisis? And what does Martin wish CERGE-EI on the occasion of its 30th birthday?

You were admitted to CERGE-EI’s fourth cohort in 1995. What convinced you to apply to such a new institution back then?

Thank you for bringing up this memory. It still feels like yesterday. CERGE-EI was an up-and-coming institution back then, and its novelty was a part of its appeal. It felt like a breath of fresh air. When I finished high school, our region had just started going through a profound transformation. Liberalization, privatization, and macroeconomic stabilization were some of the topics of the day. Modern economics was new, perhaps slightly unusual, and attractive to a curious mind.

What convinced me was CERGE-EI’s emphasis on rigorous, Western-style graduate education. That was unique in these parts of the world in the mid-1990s. I studied in the master programs of economics and law at Charles University (Faculty of Social Sciences and Faculty of Law, respectively), but I was eager to get into PhD-level macroeconomics. CERGE-EI was right “around the corner”, in the heart of Prague, in the beautiful Schebek Palace, the neo-renaissance building that once hosted The National Bank of Czechoslovakia. I loved the library. More importantly, I had heard about the CERGE-EI professors and I knew many of the students in previous cohorts—including some people I had looked up to. I thought this new-ish school must be awesome.

If I could time-travel back to the 1990s, there may be a thing or two that I’d change, but applying to CERGE-EI would definitely not be one of them.

You started working at the IMF in 2000, while still being our PhD student. Can you tell us more about how you got the position at the IMF?

I was still a CERGE-EI student when I started working as a macroeconomic analyst in Prague. When IMF missions visited the city for consultations, they usually met with a range of people, including me, to exchange views on macroeconomic issues. That gave me a glimpse of the IMF in action. Being a macroeconomist interested in topics such as monetary policy, exchange rates, inflation, and banking, I found the IMF’s work fascinating. I applied to join the IMF via the Economist Program. It is a standard entry-level program for young economists who are recent PhD graduates or close to completing a PhD. I went through the selection process and got accepted. I have no doubt that having studied at CERGE-EI was a big plus.

The IMF Economist Program is great because it offers a well-rounded IMF experience (see also https://www.imf.org/en/About/Recruitment). I moved to Washington in 2000, and from the start, I got involved in intensive country work, with full responsibilities as an IMF economist.

During your career, you have had several positions at the IMF, as well as at the World Bank. Currently you work as Division Chief at the IMF. Can you tell us more about your work there?

I found working at the IMF very fulfilling. For a macroeconomist, the IMF is a truly great place to work. You face practical macroeconomic policy issues and get to put your skills and ideas into use, working with great colleagues.

Over the years, I got involved in many aspects of the IMF’s work, including policy development, regional and country operational work, multilateral surveillance, and capacity development and teaching. I went on numerous IMF missions to five continents. I have developed expertise in monetary, capital markets, and financial sector issues. My work at the IMF and the World Bank has covered a range of topics, including stress tests, financial deepening, regulation and supervision, the state’s role in finance, climate-related risks, financial inclusion, and the nexus of finance and inequality, to name a few.

Recently, my job involves overseeing IMF operations in a few countries. I also have the responsibility for better integrating our macrofinancial work. My team works on issues such as systemic risk analysis and its mapping to prudential policy, capital flow management, and other policies. Other recent topics of my work include climate-related financial risks; policies for digital money, such as central bank digital currencies and so-called stablecoins; and policies related to corporate debt restructuring in the time of Covid.

Even before joining CERGE-EI, my main interest was in applied, empirical macroeconomics. Courses in those areas have left a lasting impression on me. For example, one of the early courses was based in part on the “Lectures on Macroeconomics” by Olivier Blanchard and Stanley Fischer. The coursework was very engaging and made me eager to know more and apply it in practice. Little did I know that only a few years later I would meet first Fischer and then Blanchard while they were working at the IMF. I also enjoyed courses in econometrics, which provided me with a good basis for applied work with time series and panel data.

On a personal level, what influenced me the most were the people at CERGE-EI. Any organization can only be as good as its people. And CERGE-EI has some great ones, including both the professors and students. Some of my fellow students are now colleagues at the IMF, the World Bank, and other international organizations.

In the post-Covid world, which industry would the IMF recommend governments to support?

What I say here are my personal views, not necessarily those of the IMF, its Executive Board, or IMF management. This said, the Fund’s activities and recommendations are well documented (e.g., https://www.imf.org/en/About/FAQ/imf-response-to-covid-19). The IMF has responded to the coronavirus crisis with unprecedented speed and magnitude of financial assistance to help countries, notably to protect the most vulnerable and set the stage for economic recovery. The Fund has been supporting countries by providing policy advice, financial support, capacity development, and debt relief for the poorest.

In the immediate crisis-containment phase, the overriding priority of many governments has been to provide urgent relief to households and firms. As countries move from containment and stabilization to recovery, the IMF has been calling for countries to ensure the recovery is on a sustainable footing. An important aspect of this is implementing green recovery plans. Reforms could include public investment projects focused on boosting climate-smart technologies or helping climate adaptation; drafting medium-term climate plans; or financing additional climate spending with green bonds.

Let me wish CERGE-EI a happy 30th birthday! When I joined CERGE-EI, the institution was still going through its baby steps. It has greatly evolved since then. Now, it has officially entered adulthood.

I think CERGE-EI has three strong messages for students. First, it has grown into a well-recognized and well-respected center of excellence and innovation in economics research and education. Second, it has succeeded in expanding the pool of elite economists in Central and Eastern Europe and beyond to serve the public interest. And third, it has managed to produce and disseminate impactful policy-oriented research. I wish for CERGE-EI that its first three decades are only a preamble to many more successful decades to come!