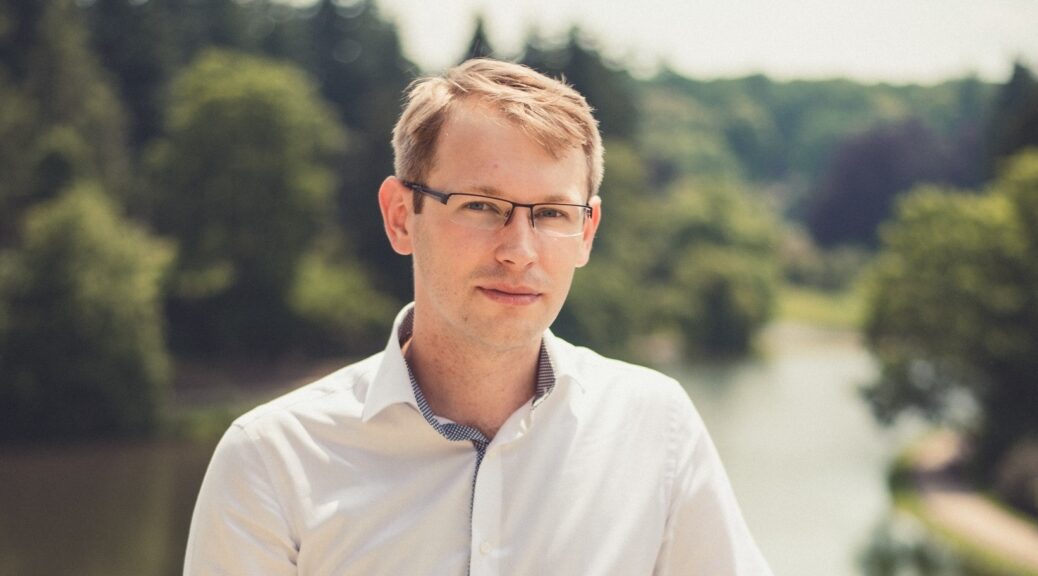 Ján Palguta, our PhD graduate from a few years ago and former IDEA think tank researcher, spoke with us about the current coronavirus crisis in Spain, where he currently resides thanks to landing a visiting professor position at the Economics department of the Carlos III University of Madrid (UC3M). A great part of the interview is devoted to his research projects, which focus on public economics and political economy, such as corporate taxation and/or the underrepresentation of women in top political positions, to name a few. Read this interview about Ján’s past and current experiences, his biggest academic influences at CERGE-EI and his future professional plans.

After graduating from CERGE-EI in 2016 you got a visiting professor position at the Carlos III University of Madrid. Now Spain is one of the countries in Europe most affected by coronavirus. How has life changed there and how is the country dealing with the situation?

I believe we are about to find out more in the coming weeks and months. So far, we have witnessed the immediate effects of the corona crisis that were very harsh in Spain: the overloaded hospitals failing to provide care to everybody, hundreds of deceased every day, exhausted doctors without proper protective gear, and elderly left alone to die in their beds from thirst and hunger. We have seen the immediate impact of the economic and social lockdown: the IBEX plummeted, public transport went down 90% within 2-3 days, millions of Spaniards were forbidden to leave their homes for weeks (including more than 6,000,000 children locked down for more than one and half months).

But how much have our lives changed beyond this? Many people will not be able to return to work. For many of those who will, the nature of their work will have been transformed in non-trivial ways. We can expect that we will need to adjust to keeping social distance from our co-workers, friends and broader family for quite some time.

Although the Spanish numbers look very good in many regions these days (including Madrid, as of May 5), we are still not sure whether we will experience second and third waves of the virus. Currently, many people are happy that they are now allowed to walk outside freely after 8pm and the streets are swarmed in the evenings. People are currently very much relieved and the national spirits are high. On the other hand, it seems to me that many are losing caution and therefore there are many questions open regarding what the future holds for us.

Why did you choose the position in Madrid? Did it meet your expectations?

Perhaps a more appropriate question would be why did Madrid choose me? I mean, it is usual in the academic profession that the choice of post-doctoral position is not fully in the hands of fresh graduates. My part consisted in having my job market paper ready and sending out applications to around fifty universities across Europe. At that time, I had one very well-published paper on my CV, but nothing was certain for me. The job market still gives high priority to candidates from U.S. and Western-European universities. After several job interviews, I got an offer for the post-doctoral position here in Madrid with quite a short deadline. Eventually, the decision was simple, because I knew I had to leave Prague. If I wanted to continue with my research career, I had to accept the position in Madrid.

I am currently very happy here at the UC3M department. I have full freedom in choosing my own research agenda. I have got the position for another two years with quite a limited teaching load. Our applied econometrics reading group is great. The department is adjusting the courses I have to teach with respect to the needs of my professional growth. Money-wise, the remuneration is just the same as for all other tenure-track professors at UC3M. I really cannot complain.

In your research you focus on public economics and political economy. What are the current research projects you are working on?

I am devoting quite a lot of my time currently to three research projects. Most recently, I have been approached by researchers from Warwick and SITE in Stockholm to contribute to their project asking the question why female politicians so rarely make it to top political positions. To answer that, we use Spanish and Czech electoral data and estimate the penalty for female partisan leaders to be elected mayors once their party wins elections compared to the situation when a party with a male leader wins. Our initial results suggest that the probability that the leader of a female-lead victorious party is elected mayor is around 10 percentage points lower both in Spain and the Czech Republic compared to victorious male partisan leaders.

Currently, we are investigating the sources of this gender gap. So far, we observe that it cannot be attributed to the advantages in partisan bargaining power, for example, due to differences in seats held by parties in councils. Also, it is not due to the lack of qualifications on the part of female leaders. On the contrary, victorious female leaders tend to have on average a better education and stronger occupational background than their male counterparts. Our research will thus most likely head in the direction of asking if the gender composition of councils prevents women from gathering sufficient political support.

The second project has an entirely different setting. It deals with corporate taxation. It asks to what degree companies can avoid paying taxes by shifting their tax liability into different fiscal years. Companies are prompted into such tax avoidance by different marginal tax rates across different time periods. The uniqueness of the project is that we collaborate with the Ministry of Finance of the Slovak Republic and therefore have access to their administrative data about the population of all corporate tax records from Slovakia in 2010-2018. This enables us to exactly measure the tax liability for all corporations and track companies over time. In addition to that, Slovakia implemented several very interesting tax reforms within our observation period. For example, it introduced a minimum corporation tax and later canceled it. This allows us to look at the tax data using a bunching estimation methodology, which is currently highly regarded in the economic literature.

The third project is again from the field of political economy. In this project, we ask how wages shape political competition and the electoral incumbency advantage. This term describes the bonus to the probability of incumbents being elected again in the next term compared to non-incumbent candidates. We again employ Czech electoral data and make use of the institutional rule that the wages of Czech politicians are assigned in some municipalities as if in a random manner. In our results, we find that a higher wage eventually reduces the probability for closely-elected incumbents to be elected again compared to the previously losing candidates. This result stems from the fact that the wages persuade many of the previously losing candidates to run again, while political remuneration has less of an effect on the willingness to run for the incumbents.

While at CERGE-EI, you were also a researcher at the Institute for Democracy and Economic Analyses (IDEA), a think-tank of the Economics Institute of the Czech Academy of Sciences, focusing on policy-relevant research and recommendations. Can you tell us more about your experience there?

I had many different job experiences with policy-relevant research during my PhD studies. For instance, I was an assistant to one of the members of the former National Economic Council of the government of the Czech Republic. I cooperated with several anti-corruption NGOs on policy recommendations for public procurement reform. Later, we were designing software for the Supreme Auditing Office of the Czech Republic for pointing out potentially fraudulent public procurement contracts. And yes, I also worked at IDEA.

I guess the main difference between academic and policy-oriented research is in your audience. In academic research, you mostly interact with people who are deeply personally interested in your research agenda. In policy-oriented research, you mostly communicate with politicians who have everything else on their minds but your research, and with journalists who often do not have any real economic background and primarily seek high readership rather than substance. Eventually, you find yourself competing for attention with self-proclaimed experts, who are ready to offer populistic policy advice on anything. Getting my message through eventually seemed very exhausting for me and I diverged back to academic research.

Certainly the people at CERGE-EI. To start with, I had highly motivated and competent classmates in my cohort, including Vojtěch Bartoš, Jana Cahlíková, Klára Kalíšková and Marek Rusnák, who dragged me with them into achieving quite good grades. I also enjoyed classes with many of my professors, especially with those teaching microeconomics and subjects in applied econometrics. Later I was lucky to work with Filip Pertold, who spent an incredible amount of time with me showing me how to write academic papers. I also had high respect for my supervisors and professors for whom I was doing research assistantships. They taught me a lot.

In addition to this, I was certainly very happy for the opportunity to visit the Stockholm Institute of Transition Economics during my mobility trip. I very much appreciated the respect the researchers at SITE paid to every other member of the institute. That made me perceive my future in academic research much more seriously.

What are your next professional plans?

I guess it is impossible to have specific professional plans in academia, especially now after the corona crisis also hits the academic sector. I guess everything will depend on my research outputs and luck to a certain degree. I would like to have one or two other papers on their way to being published before I finish here in Madrid in two years. In this respect, I guess, my current work in progress seems to hold some promise, but you never know. Many people are over-confident with respect to their own papers.

If it truly happened, career-wise it would be perhaps most logical to go on the economic job market once again and apply for some assistant professor positions at good Western universities. But there is still the option that my family and I might like to prefer to return to the Czech Republic. We will see. In my dream world, it is simple. I imagine myself with a decently paid research position, with good colleagues, some non-trivial research budget and low teaching load. But I guess I will just have to let the future surprise me if and where this is going to happen.

One thought on “Meet Our Alumni” I enjoy that people take personal interest in your agenda in academic research, says Ján Palguta”