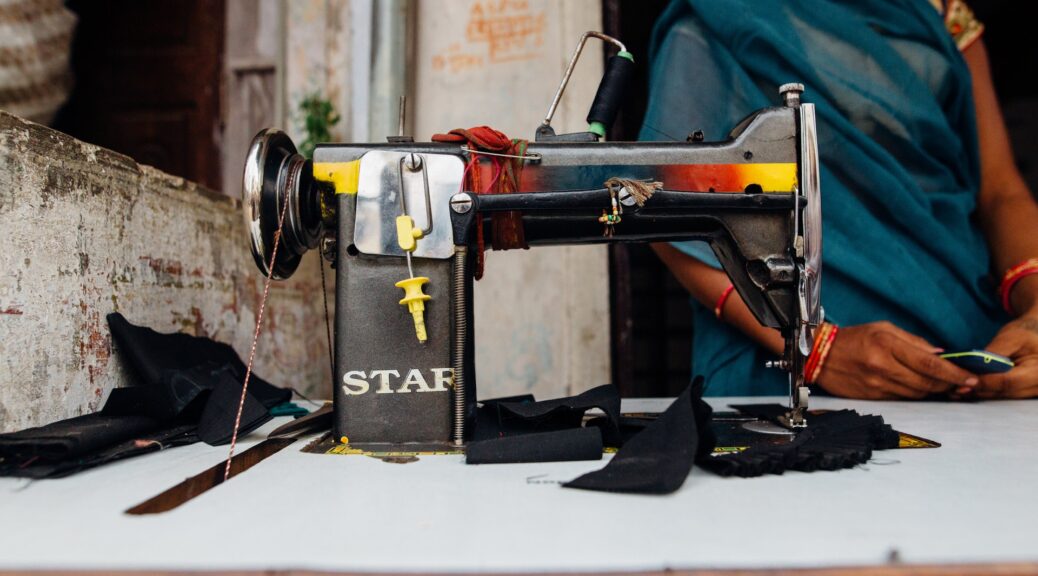 Another round of the Talking Economics! series shifted attention to the Bangladeshi garment sector thanks to Andreas Menzel and Martina Miotto, whose field research projects using experiments complement one another. When you think of the textile industry and textile workers in any of the developing countries, what image do you have in mind? Sweat shops, the ill-treatment of factory workers, or long shifts with a small paycheck? Research has proved otherwise for the Bangladeshi textile industry.

In Bangladesh, jobs in the garment sector provide more of a safety net and fair working conditions than others. “Parents tend to keep kids longer in the school system with the prospect of obtaining better paid jobs in the future, which the industry manages to do compared to the rest of the Bangladeshi economy,” Andreas clarifies. The ready-made textile industry in Bangladesh is hugely important to the country’s economy, accounting for 80% of total exports, and 12% of the country’s GDP.  It has been expanding rapidly in recent decades, supplying markets in Asia, Europe and North America.

“How are women treated in the sector and how can we help them?” asked Andreas. His findings revealed that the male workers are paid 20% more than the female ones, who are roughly equally educated, taking into account that the duties at work are more or less the same. 3-4% was the wage gap between the female and male workers with the same skillset. What is behind this wage gap? Is it discrimination? “The male garment workers are willing to take more risks and switch textile factories more often, and thus, increase their wages faster over a short period of time,” Andreas explains.

In the second part of the Talking Economics! series, we learned from Martina about the ongoing research with the Bangladeshi female workers and the connection between their productivity and menstrual health care in the country. In general, Martina’s research interests lie in the fields of development economics and economic history, with a special focus on the interconnection between the two. Let us look at what she presented about the research project she conducted with Andreas. The textile factories struggle with high absenteeism of their female workers, 20.7% of which is caused by health issues related to menstruation or the lack of adequate menstrual health care products. What prevents women in Bangladesh from buying menstrual hygiene products when they are present in the market? The research showed that they have limited access to information about the quality and safety of these products and also find them expensive.

“What women usually do is that they use a piece of cloth that they do not let dry out in the fresh air after washing, as periods are still a huge taboo in the country, and so 4% of absenteeism is caused by infections they catch. Additionally, the majority of women in Bangladesh do not eat dinner with their husbands during their period,” she continues. They ran an experiment, during which randomly selected groups of female workers were distributed free sanitary pads, some groups attended 45-minute-long information sessions for hygienic menstrual health care conducted by an experienced local NGO, and some groups did both.

What are the results they have available for now? Women who received free pads and attended the information session reported to be more likely to eat jointly with their family members during their period. When it came to the adoption of proper menstrual health care products, the willingness to pay increased by 8% and absenteeism decreased by 25%. The information sessions also helped to decrease absenteeism by 31% as they had a positive impact on workers’ own behavior and sticking to regular social norms.  To sum it up, providing free pads could be a promising investment for these factories in Bangladesh, and similar factories elsewhere. It is an implication for policy actors to include menstrual health care policies in their portfolios.