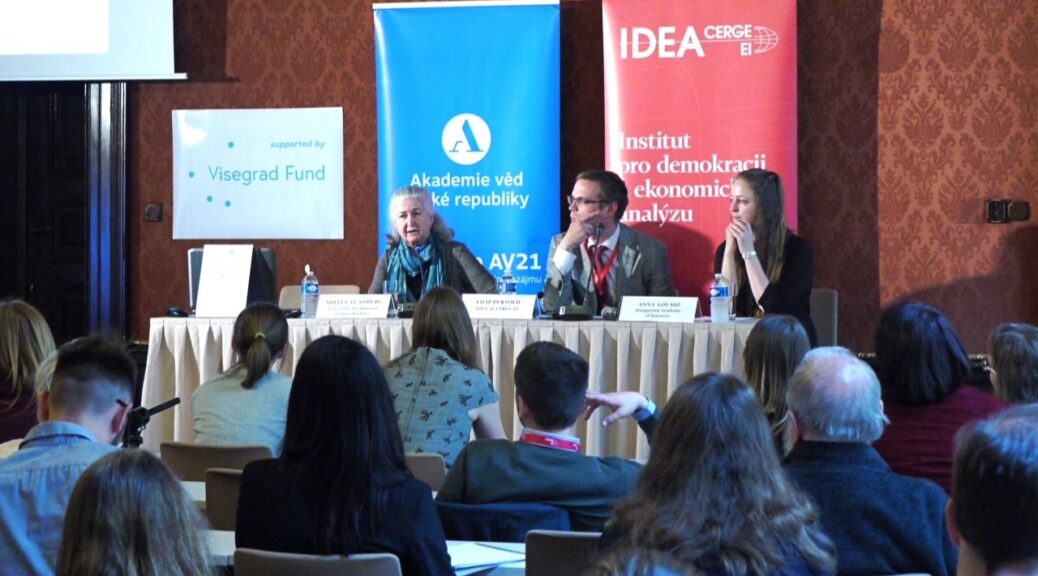 Professor Shelly Lundberg (University of California at Santa Barbara) is one of the world’s most recognized professors on the topic of population economics. She was invited to Prague to give a plenary talk as part of CERGE-EI’s Prague Workshop on Gender and Family in the Labor Market (Family Environment during Childhood and Educational Gender Gap).

Professor Lundberg opened her talk by making the point that globally more women than men are graduating from university, a reversal of the pattern prevalent up until recently. She tries to answer the question of why this is. The benefit of economic returns are still higher for men than for women, so that reason does not hold. A possible reason is that with a higher divorce rate, women are more incentivized to get a good education and return to work if they are the sole or main provider for the family.

Studies have shown that women possess better cognitive skills and less behavioral issues than men and are therefore more successful students. Shelly raised a new theme related to this, that boys may be more sensitive to adverse domestic environments. For example, in single-parent fatherless households boys often miss a male role model and this could have a negative impact on their educational development. If we take this a step further, how do disadvantages early in life translate into impact on the later educational outcomes of boys? Surprisingly, evidence suggests that by the age of about 30 this phenomenon no longer plays a significant role in males’ achievement.

Lundberg went on to present a large-scale study on the entire population of Denmark born between 1966 and 1995. Brenøe and Lundberg found that women born in the 1960s have a higher educational achievement than men, a reversal of the trend previous to that. These results mirror those of a similar study done in the US.

However, when we look further into the level of attainment by the age of 31, women benefit more from having both parents well educated when it comes to employment positions. The evidence shows that there is no excess male vulnerability in adulthood as opposed to when they were children. In conclusion, it seems that father absence does not have a significant impact on male outcomes in adulthood, despite them showing very different behaviors from girls when at school when a father is absent. However, when there is a step-father in the house there is a stronger negative impact on the Depression Index for girls than for boys.

A similar result was found when looking at school quality: the impact while at school is stronger on boys than girls but in adulthood these differences fade away.

Lundberg has been posing herself the question: Why is the gender gap in education increasing? She still doesn’t have any definitive answers. One possible answer is that barriers to females entering education are falling, but it seems that biological or family background issues are not responsible.

The moderator Filip Pertold then opened the floor to questions on the topic and lively debate followed with the audience keen to establish more details on gender educational differences.