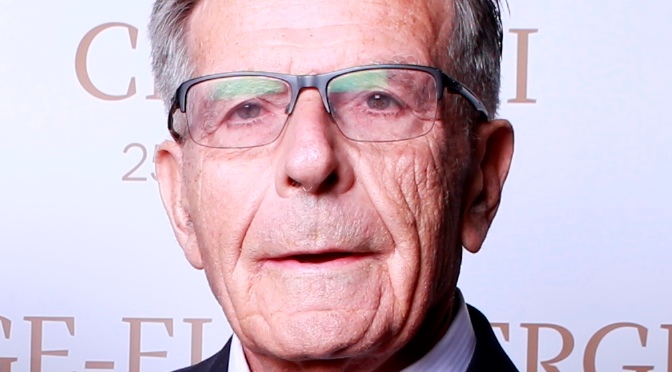 Jan Kmenta started and finished his life in Prague.

Still, his life was everything but provincial – shortly before his final days, in one interview he confessed: I spend one third of each year in Australia, one third in Michigan and one third in Prague. I am very lucky.

So, who was Jan Kmenta?

Professionally speaking, Jan was an economist, and a respected economist at that: he ranks among the most influential economists and researchers of Czech origin.

In 1949, after the communists seized power in Czechoslovakia, Jan, aged 21, emigrated to Australia. In 1955, he graduated with a Bachelor of Economics degree (First Class Honors) from the University of Sydney, Australia, and later obtained a Master of Arts degree (1959), followed by a Doctor of Philosophy degree (1964) from Stanford University, USA.

His expertize was on econometric issues, and his significance was vast: Jan was known globally as the author of the respected text Elements of Econometrics, which has been used by universities world-wide. He published research for over 40 years relating to many facets of econometric theory and application, including the estimation of production functions, the construction and evaluation of structural econometric models, and estimation in the face of missing data. This work appeared in the leading journals of the profession. He was listed as 40th among all economists ranked by the total number of citations.

All those who knew Jan personally from CERGE-EI agree that he will be remembered most for his teaching and, especially, mentoring skills.

After teaching in Australia, Stanford, and Wisconsin, professor Jan Kmenta taught at Michigan State University from 1965 to 1973 and at the University of Michigan from 1973 to 1993. After the fall of communism, Jan kept returning to Prague on a regular basis. His last teaching position was that of Visiting Professor at CERGE-EI, where he was until summer 2016. Besides teaching econometrics at CERGE-EI from 1992 to 1995, Jan was very active in its Executive and Supervisory Committee.

CERGE-EI students describe Professor Kmenta first of all as a tireless, ungrudging mentor.  “Following more than 40 years of communist vacuum, he took it as his duty to help establish a new generation of economists,” says Kresimir Zigic, Jan’s former student and the current CERGE-EI Deputy Director for Graduate Studies.

Jan was very active on dissertation committees, where he served as a dissertation committee chair or member for 24 defendants. In addition, he spent countless hours counselling dozens of students, which often happened in his free time, including the weekends. Jan would offer them a chance to discuss in detail their preparation for final exams, their dissertation defense strategies or their papers. “I submitted my dissertation workshop proposal paper.  Professor Kmenta found it online and offered his help.  When I came to his office, I was surprised to see my paper sitting on his table, covered all over with his hand-written notes. For over an hour we were discussing how to make my paper better. I was absolutely stunned by his open-mindedness…” described Dali Tsintskiladze, a current PhD student, on her experience with Jan’s mentoring approach.” And Jan’s dedication is confirmed by virtually all of his students: “When my PhD studies began in 1992, he was one of my first teachers from the ranks of western economists. I still safely keep my detailed notes from his econometrics class, they became my textbook,” says Daniel Munich, CERGE-EI alumnus and current Deputy Project Director of the think-tank IDEA at CERGE-EI.

On July 24, 2016, Jan passed away in a Prague 1 hospice, ending his earthly pilgrimage on the same spot where it had begun decades before.