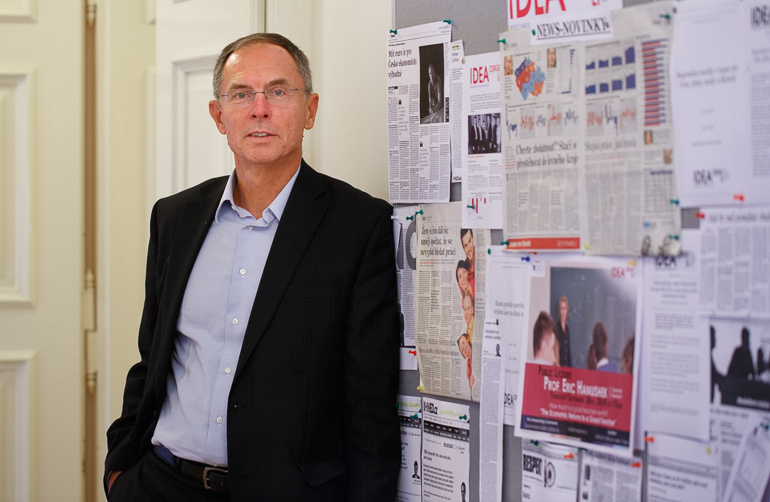 The IZA Prize in Labor Economics is widely considered to be the field’s most prestigious award. So we are delighted that the 2015 prize has been awarded to CERGE-EI Founder, Professor Jan Švejnar. He is the latest in a line of distinguished recipients that includes Professors Jacob Mincer, Orley Ashenfelter, David Card, Alan Krueger, Dale Mortensen and Christopher Pissarides.

Professor Švejnar received the award for his major contributions to labor, development and comparative economics and in particular for his work on the economics of transition from centrally planned to market economies. Immediately after the fall of the Iron Curtain, he provided an elaborate policy agenda for successful transition from socialist to market economies, emphasizing the need for micro adjustments to achieve macro stabilization in the transforming economies.

IZA Director Klaus F. Zimmermann spoke about the enormity of Professor Švejnar’s contribution to labor economics. “Jan Švejnar has had a profound influence on economics. His insights have provided policymakers with the tools to master Europe’s greatest post-war challenge – the successful transition of the formerly socialist economies.”

Most recently, Professor Švejnar’s research has focused on the effects of wealth distribution and shows that a greater concentration of wealth in the hands of billionaires is associated with slower economic growth and that this negative effect is driven by those billionaires connected with politics. It’s a message that many countries today would do well to heed.

For many people, this award might be seen as recognition of a lifetime’s achievement. But here at CERGE-EI we are sure that there’s much, much more to come from Professor Švejnar!