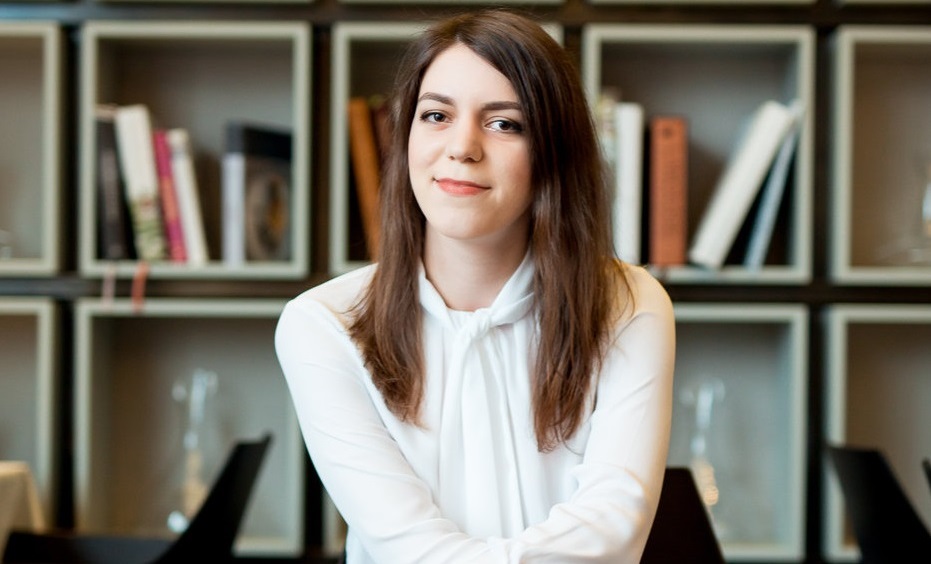 The winner in the 2020 New Economic Talent competition, Georgiana Puscas, competed with a paper The winner takes more? Assessing the role of political alignment in transfers to Romanian municipalities, which she likewise submitted as her bachelor thesis. We were happy to discuss her paper in depth and ask some more questions about herself and her studies at Warwick.

Georgiana, hi, you’ve just finished your bachelor degree in Politics, Philosophy, and Economics at the University of Warwick; what led you to study such an assorted degree?

In high school I was in an intensive mathematics and computer science class and most of my subjects were hard sciences. Although I liked them, the subjects I was best at were Romanian language and literature and philosophy, so on the opposite end of the spectrum. I remember that when I was thinking about my ideal undergraduate course, I was trying to find common ground between quantitative and qualitative subjects and I wanted something that would interest me, would be a good fit for my skills and would also be practical. When I discovered that a joint philosophy, politics and economics course exists in the UK, I was intrigued because it seemed to meet all my criteria. These disciplines were also aligned with my hobby of following current affairs, so although social sciences were completely new to me, I decided to take a leap of faith. I quickly discovered that my intuition was right and now, after I’ve just finished university, I’m sure that economics, politics and philosophy will remain top interests of mine.

If you hadn’t opted for this field of study, what would you most likely be doing?

It would be computer science. Actually, until the summer before my last year of high school I was determined to study computer science because I was pretty good at it, it seemed a safe choice career-wise and the faculties close to my home city were some of the best in the country, not to mention that the majority of my friends chose this path. In spite of this, I always had a feeling that it wasn’t the right thing for me and eventually I discovered what the problem was: I wasn’t passionate enough about computer science. Looking back on that period, I think not choosing the ‘easier’ way of studying a popular subject at home was the best decision I made for myself, both academically and from a personal development perspective.

Who or what inspired you to send your paper to the New Economic Talent competition team?

My thesis supervisor, Eugenia Nazrullaeva, told me about the competition during one of our discussions at Warwick University. At first, I wasn’t very confident that my paper had what it took for such a competition but Eugenia was enthusiastic and convinced me to give it a try. So, I think it’s fair to say that her support and encouragement had a great contribution both to my victory and to my final paper, which I’m sure would’ve looked completely different without her dedicated supervision.

You competed with a paper titled ‘The winner takes more? Assessing the role of political alignment in transfers to Romanian municipalities’. Can you briefly explain to us what your paper was about?

My research question is ‘Does the political alignment of mayors with the central government influence transfers to Romanian municipalities?’ and I find that the allocations of three out of the four transfer types I analyse present discretionary tendencies in favour of politically aligned municipalities.

In an ideal world, intergovernmental transfers would be distributed following equity and efficiency criteria but of course the reality is political, so politicians may try to interfere in the process for the benefit of their parties. Through my research I wanted to see to what extent this happens in Romania, where discussions about the manipulation of public funds are commonplace in the media but, surprisingly, quantitative studies are rare. I focus on the alignment effect: the effect of a municipality having a mayor who belongs to one of the parties in the governing coalition on a national level.

The challenge is that we never know what factors lead to a city receiving a certain amount of transfers so it’s hard to disentangle the alignment effect from the effects of other city characteristics, which we may not even observe. The solution I found is to use a regression discontinuity design and look at cities where the aligned mayoral candidate either won or lost by a very small vote margin; because political alignment is as-if random in these cases, we can be confident that the effects we find are unbiased. My paper also includes a methodological discussion about regression discontinuity designs and advances a transparent procedure of providing and visualising coefficients and their confidence intervals.

What is your advice for preparing a thesis/paper then?

Be patient and resilient! Looking back on the whole period of developing my dissertation, I think the best way to describe it is a continuous problem-solving process. The most difficult moments were the ones when something was not going as planned and I had to spend a lot of time looking for solutions which did not seem to exist, and in my case these issues appeared at all stages of the research process. Solutions always exist and to find them it’s important to leverage all the resources you have. I was personally very lucky to have the amazing support of my supervisor and of the Economics Department at the university.

Patience was also important when it came to familiarising myself with all the technicalities of my topic and of my methodology. Of course, everything becomes a lot easier when you’re passionate about what you’re studying!

Now when you heard the feedback on your paper from the committee, did it affect your view of it in any way?

The feedback from the committee was the first I received on my final paper so I was very happy to hear that my work of seven months was well-received, especially by economists with such experience. The feedback also helped me to better frame the analysis because it reaffirmed that ultimately it is not just the results that matter, but what we can learn from them and then apply to potential policy improvements.

I’m sure your studies must have consumed most of your free time, but have you already had some work experience, possibly related to economics?

Frankly, I wanted to try as many things as possible and so far, I’ve had internships in banking, financial markets advisory and at the Ministry of Foreign Affairs. During my second year of university I worked as a research assistant for ‘The Sense of Commitment’, a project of the Philosophy and Psychology Departments at Warwick University which investigates how and when people make commitments, honour them and rely on others to honour theirs in everyday social interactions.

You won first place in New Economic Talent competition – apart from a talent for economics, what other talents do you possess?

I’m not sure if ‘talent’ is the right word but I think I have a flair for writing and generally for words, which may be connected with my hobbies of literature, music and art. I’m also proud of my aesthetic sense. Additionally, I used to be a competitive swimmer so I’d say my swimming technique is quite good.

Thank you very much for your time, Georgi, and wish you good luck with your further studies!