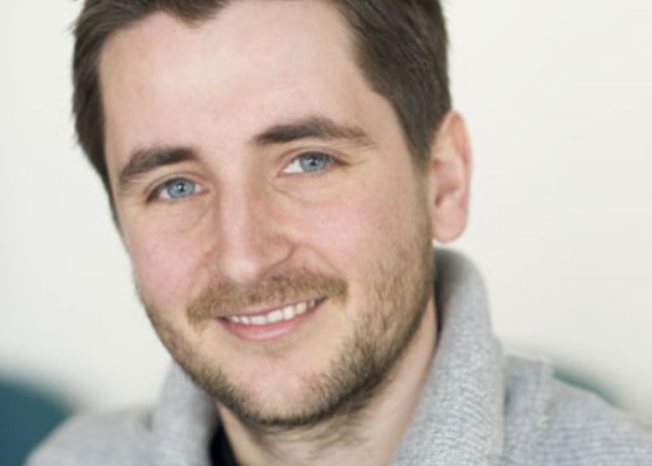 This year, CERGE-EI welcomed five new faculty members, which ranks among the most important hiring successes in CERGE-EI’s history for faculty expansion.  One of them is Andreas Menzel, whose arrival marks an enrichment of the existing circle of CERGE-EI microeconomists.

You got your degrees from Humboldt University, Tilburg and Warwick. What made you choose these institutions to get the education you wanted?

Back then as an undergraduate, I chose to study in Berlin because it is such an exciting place to live, especially as a student. But Humboldt University also has a strong reputation for Economics in Germany, especially from a teaching perspective. Tilburg, where I did a master’s for a year, is a very good university and I was curious to discover the Netherlands. Finally, Warwick is simply one of the strongest departments in Europe in development and empirical microeconomics, and I never regretted that choice given all the opportunities I had there to do my own actual field work in Bangladesh.

How straight was your path to Economics? For instance, at what age did you know for sure that Economics would be the science you wanted to dedicate your professional life to?

My parents were always politically active and stayed informed, so from a young age I was following political and societal developments in the world with a keen interest. However, I first started studying law, because I saw that a lot of people that changed the world for the better, and that I admired, had a law degree. But I quit after one year to switch to Economics, as I realized that what I really wanted to do is to understand what the fundamental drivers of change in our society are, and for that I believe there is no better subject to study than Economics.

You are very active as a researcher. You have been researching the Bangladeshi garment sector for quite some time. Can you briefly summarize your main discoveries so far?

My research on the Bangladeshi garment industry focuses on two broad areas. Firstly, the role of female workers, who form the vast majority of workers in the sector but simply do not make the same careers and the same income as the smaller number of men that work in the sector, even if they have comparable levels of education or skills. This research very much relates to the work on the gender pay-gap in Western countries, that we hear a lot about these days. Together with my co-authors, we are bringing this work to low-income countries like Bangladesh, where it turns out that the situation is not so far off what we observe here, e.g. in Europe.

Secondly, the other strand of research focuses on worker productivity, namely on the common observation that the more workers are doing a certain task — such as sewing a certain garment style — the more productive these workers typically are with that task.

Regarding the gender gap, one thing we found in Bangladesh is that male garment workers are more eager to “hop” from employer to employer to rise more quickly through the ranks to higher positions. There is also a certain degree of resistance among workers against the idea of female supervisors in this industry, founded on cultural and social norms, which makes females less effective as supervisors. Thus, the managers prefer to promote men to supervisors, to minimize friction. But we also learned that when factory managers insist on promoting women to supervisors, after a while the resistance of workers to female supervisors wears off, and they become as effective as male supervisors.

We ran an experiment in which workers that were allocated the same task in the factories were given more opportunities to share knowledge with each other, and we discovered that these workers became more productive due to that. This implies that the effect works, at least to some degree, through workers being able to share more production knowledge with each other, and not only through increased competition.

This research sounds fascinating, but isn´t it hard to finance? Where do your resources come from?

There are a number of institutions where you can apply for grants to finance such kinds of field work in developing countries. For example, the development aid ministries of many Western countries have such grant schemes, to which you can apply. In Warwick I was part of a larger team that did such work in Bangladesh, which included some senior professors who were very experienced in successfully applying for such grants.

CERGE-EI is your first teaching destination after you earned your PhD degree from Warwick University. Do you want to keep teaching and research in balance? Or do you think one of the two will prevail in the end?

These days, it is simply the case that a successful career in academia depends more on your achievements in research than in teaching, and most researchers have contracts that allow them to dedicate a larger amount of time to research than teaching. Thus, like so many others in my profession, I have an incentive to spend a lot of time on research in future years. But I do enjoy teaching a lot. So far I have taught the introductory micro-economics course in the CERGE-EI Master in Applied Economics program and I enjoyed it a lot, because the students were very engaged.

One thought on “FROM HUMBOLDT UNIVERSITY TO THE BANGLADESHI TEXTILE INDUSTRY: AN INTERVIEW WITH NEW CERGE-EI FACULTY MEMBER ANDREAS MENZEL”