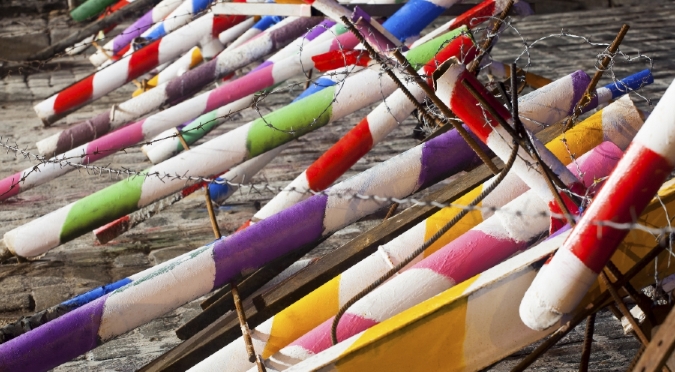 It’s easy to be cynical about democracy, but economists may have a different take on why voters largely vote with their emotions instead of their intellect.  It is not that voters can’t or don’t want to make sensible policy choices – rather, it is that they have little incentive to do so.

In econ-speak, for a rational voter it’s only worthwhile to invest time and energy to assess the merits of an issue if the benefit of the investment exceeds the cost.  For a complex issue, the costs in time and intellectual energy are likely to be significant.  The payoff to the individual voter will, however, almost always be precisely zero.  Here’s the paradox:  while we all agree that it is good for the entire electorate to vote rationally, unless an election is decided by a single vote, the probability that any individual’s vote will affect the policy chosen is vanishingly small.

“Informed voting” is thus a classic example of an “externality” where an action costs one person but primarily benefits others.  The optimal strategy is to vote for what makes the voter feel good – that is, Mencken’s “emotions.”

Unfortunately, for economic issues, voting on the basis of what “feels good” almost invariably leads to bad policies. Bryan Caplan in The Myth of the Rational Voter identifies four common biases where the general public’s opinions are at odds with those of professional economists.

These biases are reinforced when politics is dominated by mob expression.  The emotional high of being part of a like-minded crowd, whether assembled by Zyrisa on the radical left or Le Front National on the extreme right, powerfully lends credence to the participants’ privately held naïve beliefs.

Given how strongly the deck is stacked against voters’ making rational decisions, what can the economics profession do to build economic literacy and nudge voters towards making decisions that are in both their personal and their country’s best interest?

Frame economic principles in memorable ways.  Human beings think in stories, not graphs and equations.  This is true regardless of whether an individual has studied economics or is one of the vast majority of the voting public who, even in the most developed countries, has not.  Using vivid examples taken from real life to illustrate basic principles can be very compelling.  It is important, however, that these stories be allegories, not myths.  How many opponents of “sending jobs overseas” would think twice if presented with a hypothetical example in which a new Chinese regime decided as a goodwill gesture to send all EU citizens a free car.  In this world it becomes obvious that jobs in the European auto industry are not “lost.” Auto workers are simply redirected to adding to national wealth in other industries.

Improve introductory economics education at the college level.  Most textbooks for introductory economics courses try to cover too much ground too quickly, leaving most students with only a tenuous grasp of the fundamentals so necessary for rational decision-making.  Students who can regurgitate the benefits of comparative advantage in class are likely to revert to blind nativism just a few months after their final exam.  Introductory economics classes would do far greater service to the public good by emphasizing a few basic tenets that counteract students’ emotional biases, and repeating these fundamental tenants over and over again so they become firmly established.

Speak out forcefully in all media, always being conscious of our profession’s responsibility to focus on the basic principles on which we as economists all agree.   We are honor bound to remind the public over and over again that markets generally work well, that trade and mobility improve every country’s welfare, that technological progress (even labor-saving technical progress) is good and, perhaps most importantly, that the quality of life continues to improve.  Arcane disagreements over policy details at the expense of basic principles or using the public podium to push for personal ideological preferences may make for good television, but they do a disservice to voters and nations.

In the end, it does no good to complain about voters doing what comes naturally when those in a position to bring rationality to the debate shirk their responsibility to do so.

Professor Randall Filer is President of the CERGE-EI Foundation. He will moderate a panel, “How does Economic Literacy Support Democratic Reform?” at the Forum 2000 conference, Education and Democracy, on Monday 14th September at 1400 CET. Visit www.forum2000.cz.